Hello, internet. I think it’s time we discussed the severity of seasonal depression and the incredible impact grass, sun, butterflies, ice cream, uncharted sweaty zones and happy humans can have on your mental health. I thought I understood the winter blues, living in Melbourne for the past 22 years of my life. However, my body underwent seasonal-cardiac-arrest-like winter blues on my 23rd birthday after living in Seoul, South Korea for only 3 months.

I feel like I may have really started this post on a low note so I’m going to start a new paragraph in which I will graphically outline just how crazy seasons have affected me during my coming on 9 months of being a pale Australian girl in South Korea.

South Korea literally translates to ‘Seasons’R’Us’ in ye olde Anglais. When Koreans say ‘the seasons are changing’, they mean it. They’re not joking around. They don’t have time for this ‘ahh maybe it’s spring, maybe it’s still winter’ nonsense that we have in Melbourne. When the seasons change in Korea, you say goodbye to whichever season you had been living through prior. You say goodbye like a corrupt Korean President says goodbye to their legitimate accountant in order to welcome in their shadier sidekick.

Winter is bone-chilling, spring is a hay-fever-inducing, floral fiesta, summer is a sweaty mess and in autumn I witnessed literal red and orange leaves falling to their death. As an Australian person, these are all very confusing things to see. I grew up packing my raincoat into my bag before rigorously applying SPF 50+ sunscreen. I grew up getting sunburnt in the winter and wearing fluffy pyjamas in January (summer). Needless to say, Melbourne is tempestuous. I never had the chance to seriously become affected by the seasons because Melbourne’s teenage girl-like temper can flip a switch in a matter of seconds.

A few weeks ago, I set out for a measly 10km walk at 8 in the morning which was a huge shock to my body. A combination of illness, air pollution, and laziness left me with a long run of cabin fever. Venturing into the outside world left me with heightened senses and an overwhelming feeling of joy. I was snapping pictures of just about every significant and insignificant thing I encountered on the journey. I also decided to walk around recording the idea for this very blog post whilst pretending to have an in-depth conversation with an old friend (people in my neighbourhood aren’t so great at English so who cares about being a crazy person, right?).

Just to put all of this into context, I’d love for you to peruse the aforementioned snaps that I took on this crazy walk. Following those images, set your eyes on some not so beaut images of the December period when bodies of water were frozen and dragonflies ceased to exist. I wrote this blog post many a moon ago and am happy to report that I had a fantastic summer and went for many more runs/walks/walk-runs along this very path. I did stop talking to myself, though. That was getting a little unhealthy. Enguoy. I misspelt ‘enjoy’ and decided to leave it in for dramatic effect.

Let’s have a flashback to December 2018…

It may not look too crazy but TRUST ME, please, believe me, listen to me, validate me – I’m not ready to say goodbye to the butterflies and the colourful blossoms just yet.

Okay, if the picture still isn’t clear, let’s do a 2 x 2 with all four members of the seasons family…

Okay, I’m done trying to convince you. I also just realised I never uploaded my images of the cherry blossoms. I guess my extended illness from April-May rendered me creatively dead so I didn’t post very much. I also don’t post very much now but we’ll get to that. Have a great week/day/life/dinner/road trip/job hunt.

6 thoughts on “Life in Colour” 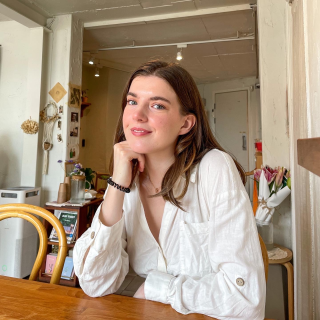